Start a Wiki
Tyrannosaurus rex(tyrant lizard king) is one of, if not the largest, terrestrial carnivores of all time. Dubbed the king of dinosaurs, T.rex strikes fear into the hearts of many. Tyrannosaurus lived in North America roughly 65-70 million years ago.

T.rex is instantly recognizable. This dinosaur had a very large skull, powerful hind legs, small arms, two fingers, and a huge body. Few dinosaurs could match the size and power of Tyrannosaurus. 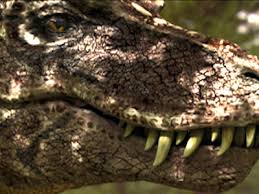 Tyrannosaurus. Early estimates put it's bite force at about 3,000 psi. However recent estimates show it may have been much higher. Minimally, Tyrannosaurus had a bite force of about 6,800 psi and possibly as high as 41,000 psi. The bite force of T.rex ranks among the highest in the entire animal kingdom.

Due to it's size, the top speed of Tyrannosaurus was probably not very high. Estimates as low as 5 miles per hour have been published. Some however exceed 45 miles per hour. The most commonly accepted top speed for an adult T.rex is roughly 15-25 miles per hour. No speed demon, but certainly fast for an animal that outweighed a modern elephant.

T.rex would have eaten just about anything. However, whether it was a hunter of scavenger is fiercely 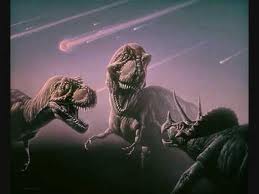 debated. Most assume it was something of both. It's prey would have included ceratopsians, hadrosaurs, sauropods, ankylosaurs, and anything else that moved. The hunting strategy of T.rex is not known. Some have proposed it was a pack hunter. Others feel it hunted alone and ambushed prey. The jury is still out.

Tyrannosaurus has been a staple in popular culture ever since the first bones have been pulled from the ground. T.rex has been featured in a number of movies. It's most famous role was that of in Jurassic Park. Tyrannosaurus has also been seen in a number of books, TV shows, documentaries, and other movies.
Retrieved from "https://everythingdinosaurs.fandom.com/wiki/Tyrannosaurus?oldid=4051"
Community content is available under CC-BY-SA unless otherwise noted.